User registration is disabled in this demo.

Please enter your username or email address. You will receive a link to create a new password via email.

What does the 15% Foreign tax mean for Nanaimo 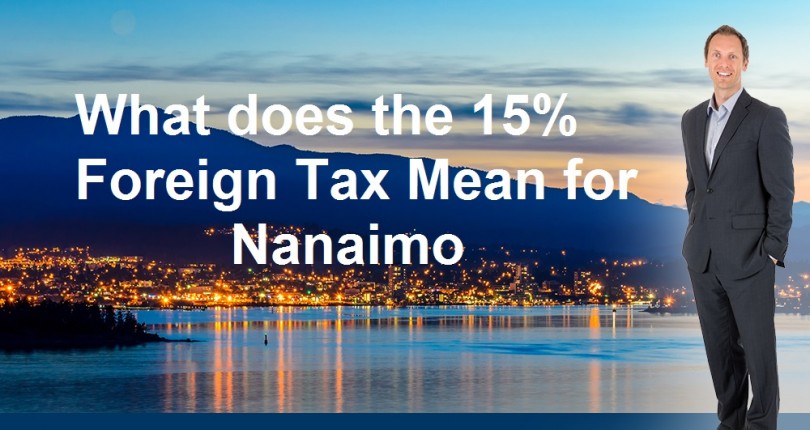 As we have heard effective August 2 foreigners who buy residential property in the Vancouver area will have to pay an extra 15-per-cent tax. The B.C. government plans to slow the foreign speculation that many blame for making the region’s homes the most unaffordable in Canada. Using some initial data from 19 days in June, B.C. government has determined that five per cent of investors in Metro Vancouver are foreign

“With any tax change, there may be some unintended consequences. For one, the move may shift foreign attention to other markets in B.C., such as Victoria, or elsewhere in Canada,” said Michael Dolega, a senior economist with Toronto-Dominion Bank. With areas like Nanaimo just 15 minutes away by float plane and not affected by this tax. I speculate we may see an increase sales as well as average prices with the deterrent of the Vancouver area tax. Recent sales history in Nanaimo have shown an increase, although not as dramatic as Vancouver areas. In Nanaimo our year to date Single family home average sales price for June equaled $418,634, only a 9% increase in price compared to $385,436 the same time a year previous. During that same period of time we saw a larger increase on the number of sales at 19%.

3 Helpful Moving Tips Today we want to talk about moving and I want to share with you a personal...

Choosing your home type Here's a common question on the minds of potential buyers: "What type of...

Home Transition We are here in Ken Hammer’s living room. Ken has recently transitioned from a...